One last chance perhaps to see Mt Shasta, but it wasn’t to be.  We drove to Shasta Dam which was very impressive even if we couldn’t see the mountain.  Quite spooky looking down – but not much of a flow.

The early morning mist rolling back up from the cold waters below and over the dam added to the eerie feeling.

Heading West we took a very long and winding road – 299 then on to Highway 3 and 36 – to meet Highway 101 just North of the Humboldt Redwoods State Park – and the Avenue of the Giants! 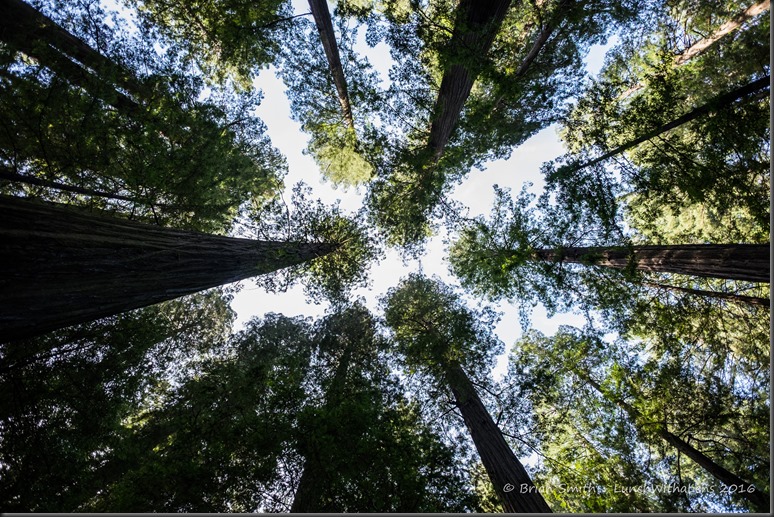 Tricky to appreciate the scale but this fallen tree behind Diane in Founders Grove is the Dyerville Giant – and once stood 362ft tall.  Diane is nearer the top – but down by the roots the diameter is nearly 17ft. 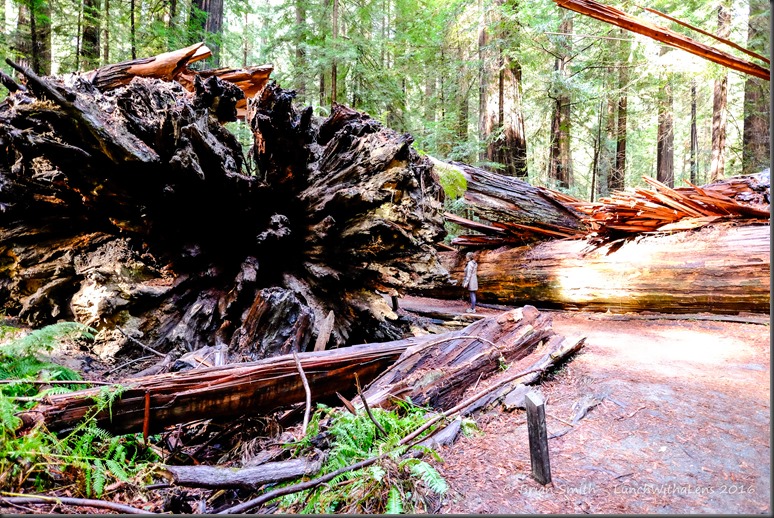 Away from the Avenue of the Giants we headed over through the Rockefeller forest – which had the advantage of less traffic – and the trees were just as tall.  More windy roads and we saw the Pacific – missing the best photo opportunity on that stretch – but we’d have plenty more opportunities the following day.  The night was spent in a rainy Eureka at the Carter House Inn.  This was our most expensive hotel of the week – was very nice but they had no room in the restaurant.  The Lost Coast Brewery and Café more than made up for that (and probably saved us some money) where we had another flight of beers to share.

284 miles and nearly 8 hours driving – and the lower MPG value showing how windy and hilly that 284 miles was.  The following morning the rain was still heavy as we headed North along the coast – a short drive around Trinidad – then on to the Thomas H. Kuchel Visitor Center to plan out the stops along the way. 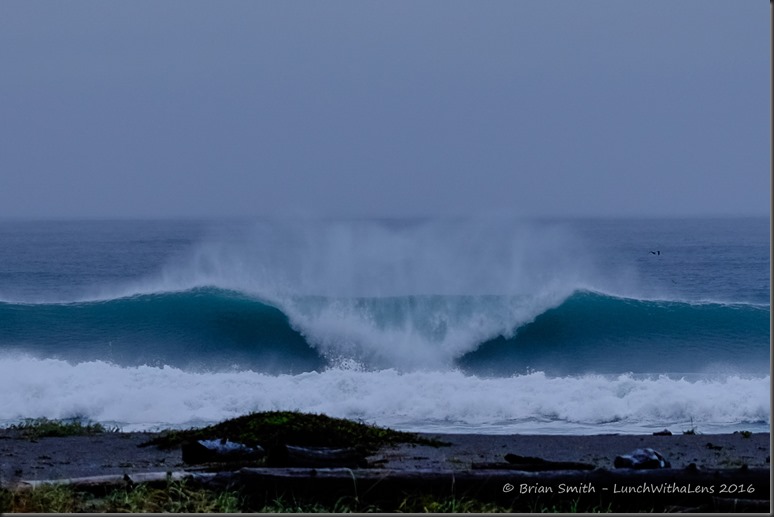 A break from tYachatshe rain, and the Jebediah Smith trail (no relation as far as I know…).  Be sure to look down as well as up – the trees are magnificent – but what lies beneath is just as beautiful.

Back into Oregon shortly after that – and majestic views from headlands – sand dunes, rocks, stacks… 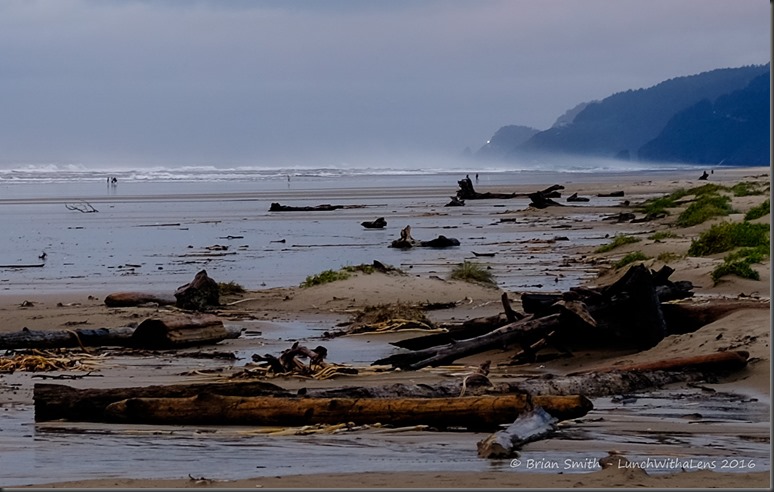 Our overnight stop was in Yachats, with dinner at Yachats Brewing – very busy even on a weekday evening!  The Fireside Motel was probably the best hotel of the trip for location, comfort and price.  Breakfast wasn’t great – but with a bakery just down the road that didn’t matter too much.

A long day’s driving up the coast and getting dark by the time we reached Yachats – so the following morning we backtracked to see some of the views that we missed – in part 4!