After a very pleasant breakfast in St Martin, which almost made up for the disappointing arrival the evening before, we headed along the cost to the Fundy National Park.  Another time the Fundy Trail Provincial Park might be worth a drive through – but we had quite a few miles to cover and this wasn’t fully open yet – so would have been a long out and back diversion.  The rain held of for the first part of the day and we hiked one of the Point Wolfe trails – and with tide out some interesting rocks to be seen. 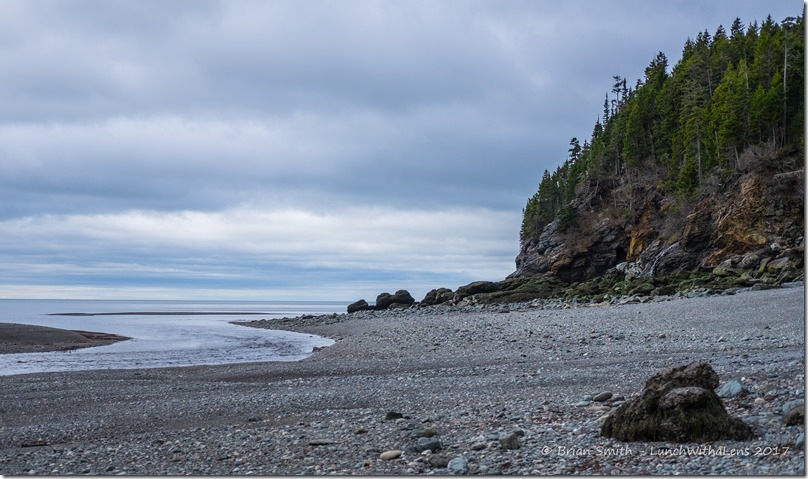 Next stop – after getting some lunch in Alma from the bakery – was Cape Enrage for a blustery look at the lighthouse and to admire the views and see the red soil and water for the first time.

Hopewell Rocks site wasn’t officially open – but it was still accessible – and despite the rain starting up it was an impressive sight.

More miles to cover as we were spending the next two night in Wolfville – and unfortunately the timing wasn’t right to see the tidal bore as we made our way into our second province.  Our home  while we took a look around Nova Scotia was Blue Shutters B&B which was very comfortable.  A pleasant walk into town and food and drink at Paddy’s BrewPub.  The next day we planned to head South. (To be continued…)